We had his name – Bob. His role in the videos is to provide the “teaching voice.” He’s a friend, a confidant, an advisor; a little bit of an external conscience – like Jiminy Cricket in Pinocchio. But what should he look like?

We could have taken the easy route and made Bob a blinking light on a control panel, like the ship’s computer in Star Trek, or HAL 9000 from 2001: A Space Odyssey. But that wouldn’t fit well with the social interaction that we wanted to demonstrate. 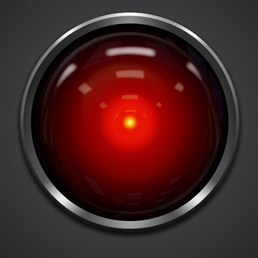 At the same time we wanted to avoid the silly mechanical man look, common among children’s toys and cartoons. And we didn’t want him to be an annoying busybody like C-3PO from Star Wars. 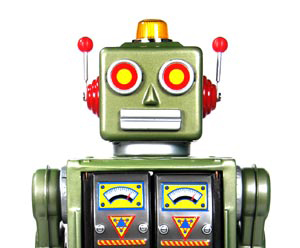 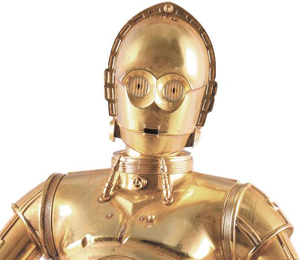 Bob needed to be friendly, approachable. So we first looked for inspiration to the iconic robots from classic science fiction: Robby the Robot from Forbidden Planet, and the Robot from Lost in Space. (In spite of the lurid movie poster showing Robby holding aloft a helpless victim, he is in fact a gentle helpful soul.) Then Tristan pointed out the difficulty of demonstrating facial expressions on a robot without a recognizable face. 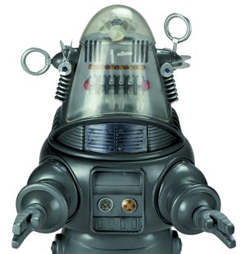 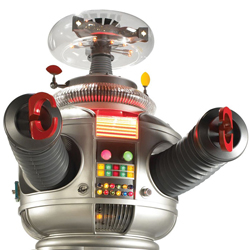 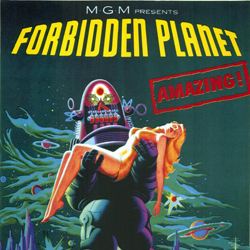 And then inspiration hit, the light suddenly switched on – a light bulb – like the light bulb that appears over a cartoon character’s head when they h 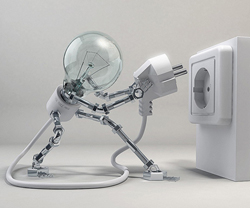 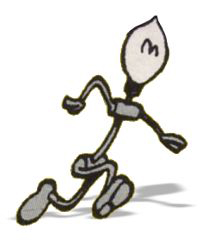 We took bits and pieces from our favorite robots, and reassembled them into Bob. His light bulb head came from Gyro Gearloose’s nameless little helper, and his corrugated hose arms from the Lost in Space robot. His eyes are HAL’s red glowing orbs enclosed in stainless steel lids. His eyebrows are light bulb filaments. His mouth is the squiggly line from an audio waveform, done in electric blue.

For his voice we tried several different mechanical-sounding treatments, but most were either difficult to understand or hard to listen to. Finally we settled on just a bit of reverb to indicate his location on the spaceship.

Once we had him ensconced in his seat at the control panel, Bob was ready for his close-up. 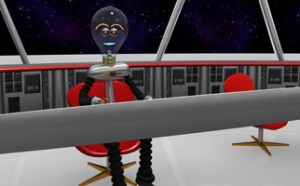