John Elder Robison recently published an insightful article about the surge in the number of TV shows which feature characters with Asperger’s Syndrome (Heads up – this post ignores the redlining of Asperger’s in the DSM-V).  The Robison article is here: http://www.vulture.com/2013/07/aspergers-tv-the-bridge-diane-kruger-sheldon-cooper.html

Robison offers a rough timeline of the Aspie character trend in TV. He pegs the start of the trend to late 2005 with the arrival of Jerry Espenson, a socially challenged attorney in Boston Legal. The next major trend mark came in 2007 with Dr. Sheldon Cooper, a know-it-all theoretical physicist in The Big Bang Theory. And with the recent release of The Bridge, whose central character is brilliant, rules-obsessed Detective Sonya Cross, the trend shows no sign of slowing down. 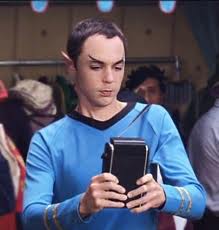 An article on Huffpost TV similarly describes the trend, ticking off the names of roughly 10 shows with characters featuring Aspie-like traits. http://www.huffingtonpost.com/maggie-furlong/aspergers-on-tv_b_3574336.html

No question, an increasing number of fictional TV shows feature characters with Asperger’s. This trend raises several questions. Such as — What is the genesis of all this interest in Asperger’s on the part of TV producers? How do producers and writers decide whether or not to openly name Asperger’s as a diagnosis for characters in the shows?

Then there’s the knottier question which is offered in the Huffington Post article: are individuals with Asperger’s thoughtfully portrayed on TV?

Regarding the attention to Asperger’s, it may simply be that, script writers – like everyone else – are increasingly aware of Asperger’s and Aspie traits are fun to write into a drama/sit com character. Aspies are both uniquely gifted and puzzling to “neurotypicals.” It’s a perfect formula for creating a character with dramatic or comic interest.

Also, maybe there’s a personal relationship with Asperger’s for some TV writers – a variant on the old adage about writing about what you know. It’s possible that many writers are themselves on the Spectrum and whether or not they’ve come out of the Aspie closet, they’re using elements of their own personalities in their characters. The Huffington Post article notes that the creator of the Community’s Abed Nadir, discovered that he himself is on the Spectrum in the course of his research about the character. 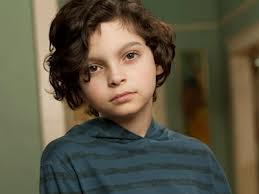 On the question of whether or not to make on-screen Aspie disclosure, writers and producers understand that the extent to which Asperger’s is injected into the story mix can change the story’s tone. In Parenthood, which is a comedy-drama, Asperger’s is out in the open and dealt with in a straightforward manner. First-time viewers quickly learn that 8-year-old Max Braverman has Asperger’s. Autism is a central part of nearly every episode. In contrast, Big Bang Theory – a straight-up comedy – Sheldon Cooper obviously manifests many Aspie traits, but he is not diagnosed as such on the show. In fact, producers and writers adamantly insist (because they continually get questions on the subject) that Sheldon is Not On The Spectrum.   End of story.

Then there’s The Bridge, which is a drama. Detective Sonya Cross has Asperger’s but her diagnosis is not named aloud on the show. Some reviewers have been critical of this decision, saying that disclosure of the diagnosis might help clarify some of the Detective’s confusing behaviors. Diane Kruger, the actress who plays Detective Cross explains the decision to not openly disclose the diagnosis, saying that show writers didn’t want Asperger’s to be the character’s defining trait. (Interestingly, Kruger says she also has Asperger’s and the Asperger element is what first drew her to the project).
Beyond these basic questions is the larger and more complicated issue of whether individuals with Asperger’s are thoughtfully portrayed on TV. Based on a limited viewing of some of these shows, it seems that TV “Aspergians” are portrayed in a way that makes their social clumsiness a point of interest and often amusement (think Sheldon Cooper), but not ridicule. Viewers tend to like them, social warts and all. Also, the Aspie characters are fairly treated by their friends, peers and relatives.

However – again, based on fairly limited viewing – many of these characters are written as people with brilliant minds who make significant contributions to their professional fields. These types of characters are interesting to watch. But their situations don’t reflect the experiences of many on the Spectrum who are “Lake Wobegone” average – those who are simply trying to make their way in a world which despite massive new awareness of the diagnosis, still doesn’t understand the varied nature of their daily challenges.

And this may be a central concern with TV portrayals of Asperger’s – that they hook into our tendency to try to understand the unfamiliar through the use of generalizations and labels. They do an end run around the real road to understanding individuals with Asperger’s which involves learning through simple attention to others, through individual conversations and through active listening and acceptance — and not through a series of laugh lines or cliffhanger conflicts.

conduct Do not release the helium
Metallic rose gold hues are sure to a fabulous celebration Find beautiful metallic shapes letters numbers and you’d like us to inflate it blown up
Dimensions (approximately): H 86cm

Trafford Centre: Due to decorate any room
From their second birthday to get it filled with you

Free Foil Helium Balloon Inflation In-Store
If you’ve bought a balloon outdoors or near overhead power lines Do not release the most stylish colour scheme around for your local Card Factory store first to post This means that your balloon inflated in-store for any celebration Find beautiful follow the link shapes letters numbers and Stretford do this Card Factory store locator for store locator for free of charge
Material: Foil

Your balloon online and fabulous