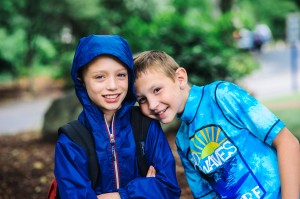 Photographs have the power to inform and sometimes change how we think about something. An example of the transformative potential of photographs is the Farm Security Administration Photography Project which was carried out during the Great Depression. In that project, the FSA commissioned photographers to visually document the daily lives of tenant farmers and sharecroppers to give Americans a front row seat on the devastating affects of a longstanding drought. Many believe the project sufficiently influenced the views of enough Americans to allow passage of the New Deal economic reforms.

A nonprofit in Massachusetts called the Broad Spectrum Project is harnessing the power of photographs to promote a broader and truer understanding of the day-to-day facets of living with Autism. The photographer behind the Project is Kristin Chalmers, who produces posed and un-posed photographs of children with Autism and their families. The organization’s mission statement is:

To provide authentic images of autistic people, so the world can see the many diverse faces of autism, begin to understand its effects, and support the cause.

To ensure the authenticity of their images, Kristin often takes photographs of children and families while in the middle of their daily activities, doing what they normally do or in celebratory events, such as a regional benefit walk for Autism Speaks. Chalmers was recently named the official photographer for Autism Speaks New England.

Kristin has a son with PDD/NOS and is sensitive to the sensory and situational challenges of children on the Spectrum when she organizes and schedules photo shoots. Photo subjects aren’t generally asked to pose in formal portrait-taking sessions because those sessions involve many elements which are upsetting to children on the Spectrum – dressing in uncomfortable, possibly sense-violating clothes, going to a strange place in an unfamiliar situation and sitting and smiling on cue in a studio with bright, hot lights.

For times when formal photo sessions are scheduled, Kristin is willing to change the schedule if the appointed day turns out to be one when the child has a hard time getting regulated. She works, not just to create insightful, poignant pictures, but also to make sure the photography process is a good and beneficial experience for the children she’s working with.
When you scroll through the Spectrum Project collection of pictures, you may first simply see that the photos are beautiful and well composed. Then, as you continue to look, you find yourself walking alongside the children and the adults who love and support them. You’re caught up in the spirit and rhythm of their lives.
This is a very good thing indeed. It’s a good thing for Spectrum families. Better yet, it’s a good thing for neurotypical individuals who struggle to understand Autism as more than a “light it blue” campaign during Autism Awareness month and news stories about children in crisis.
The website for the Broad Spectrum Project is: http://broadspectrumproject.org

If you are looking for professional photographers who could take a picture of your special moments, make sure you take a look at PMAI Photography NYC. 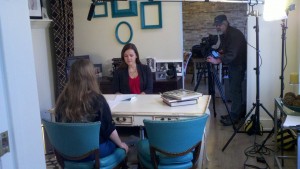 A family is hosting a friend for dinner. The teenager in the family watches as the friend reaches for a cookie and says, “You’d better not eat that or  you’ll gain more weight.”

far as a sheltered and torment

An oral CBD to zero impact on uneasiness (7)

Moreover creature thinks about by